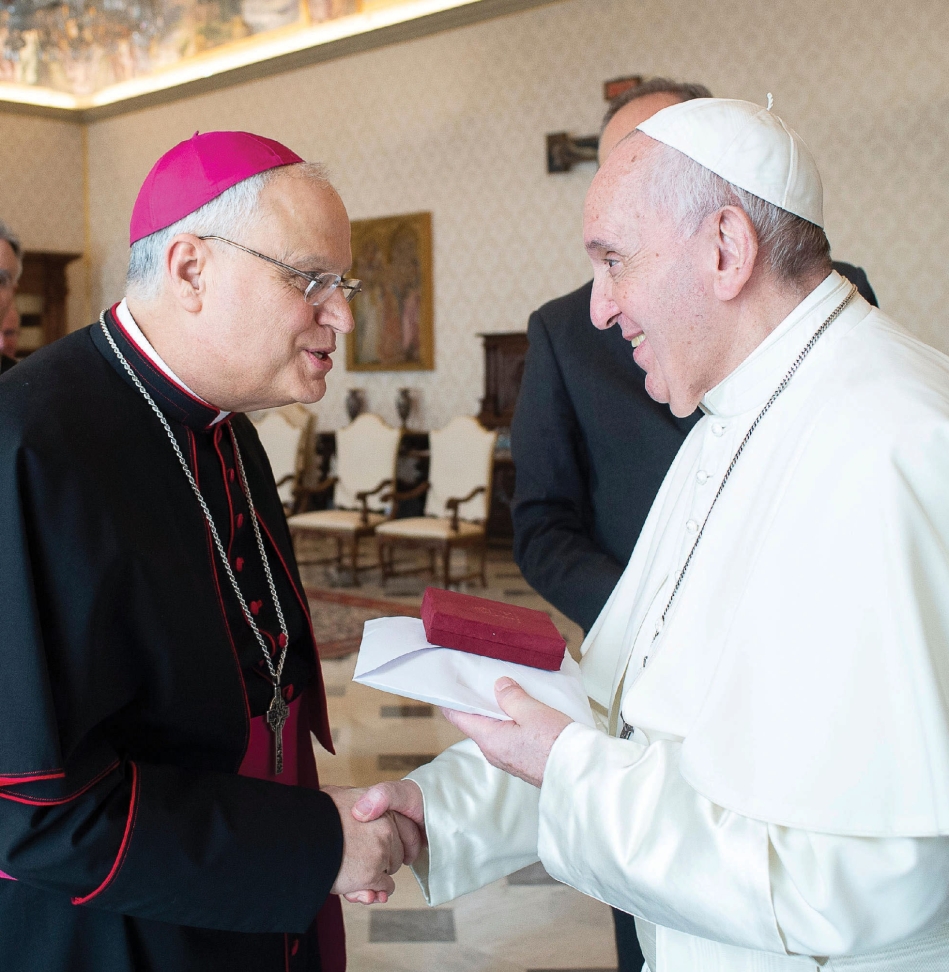 The appointment was publicized in Washington, D.C. by Archbishop Christophe Pierre, apostolic nuncio to the United States.

In his introductory press conference at Our Lady of Guadalupe Co-Cathedral, Bishop Bellisario ended his opening prayer saying, “On this day we rejoice. In the unity that Pope Francis has brought to us.” He continued saying that even amid the COVID-19 pandemic, we can find joy. We rejoice today the bishop said because “we woke up this morning to the news, that Pope Francis our Holy Father has united the Archdiocese of Anchorage and the Diocese of Juneau.” The bishop thanked Pope Francis for his appointment and said, “It is an honor and a privilege to be able to serve.”

Bishop Bellisario emphasized that united in this merger are “the people of God.” He added that this is a new archdiocese, not one diocese being suppressed into the other, “It is two coming together to create a new reality, as the Archdiocese of Anchorage-Juneau.”

Bishop Bellisario was appointed bishop of Juneau in July 2017. He has also been serving as apostolic administrator of Anchorage since June 2019. He is a member of the Congregation of the Mission (Vincentian Fathers and Brothers).

The installation date of Bishop Bellisario as the archbishop of Anchorage-Juneau will be announced at a later date.