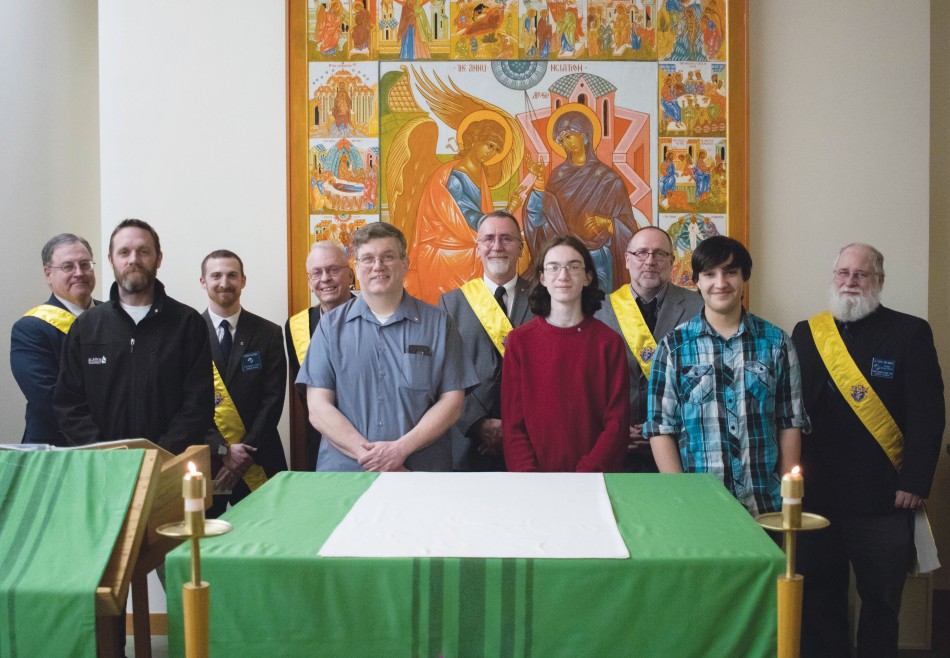 Since it was founded in 1882, the invitation ceremonies for the Knight of Columbus have been held in secret. Last summer, at the annual Knights of Columbus Supreme Convention, a resolution was passed combining the ceremonies of the first, second and third degrees and removing the condition of secrecy.

Last November, the new ceremony was unveiled nationally. On February 24, 2020, the Knights of Columbus in Juneau welcomed four new members in a public ceremony at St. Paul the Apostle Church.

With their family members and friends at the ceremony to support them, the four men learned about the core principles of the Knights of Columbus, charity, unity and fraternity.

In his closing remarks Bill Chrisman, State Deputy for the Knights of Columbus, thanked the mothers and wives who were in attendance. “You add so much to all of our activities and the men wouldn’t be able to do what they do without your support,” he said. Chrisman then presented the wife or mother of the new member with a white Knights of Columbus rosary. He said the rosary is a reminder that the women “are a part of what we are doing.”

The hope with the new public ceremony for the first three degrees is that more men will become involved with the Knights, by seeing for themselves what being a Knight is all about.