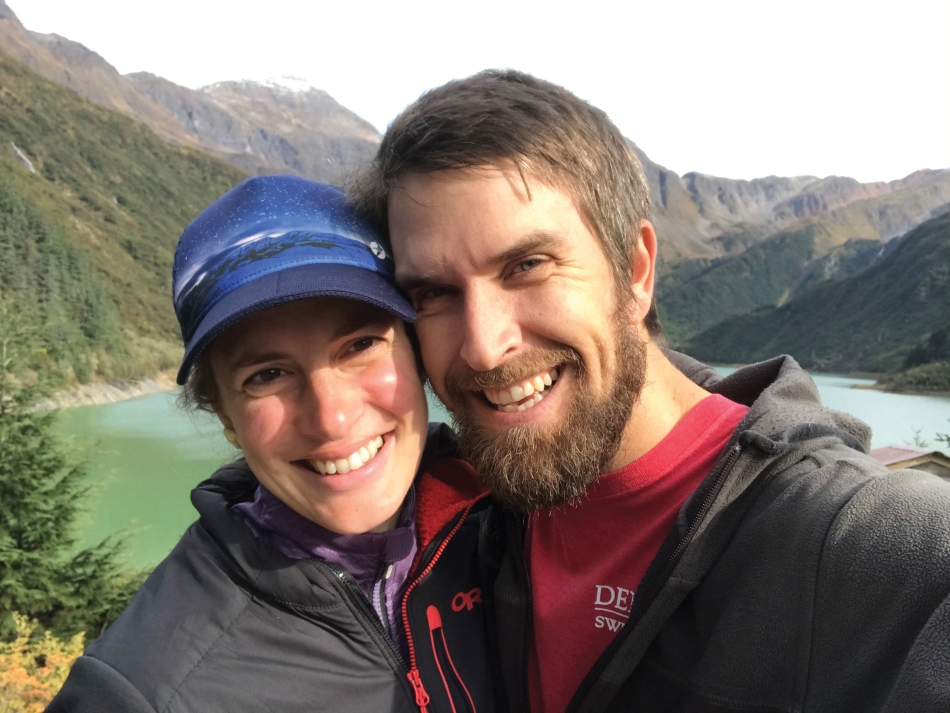 Fairly early on in my marriage, I made a joke (in poor taste) about getting a divorce. I don’t remember exactly what I said. Still, I very clearly remember the very concerned face of my then 12-year-old brother who said seriously – almost questioningly, “But that would never happen.”

It was the first time I recognized that my marriage was not just about my husband and me – and that my brother somehow had a stake in it.

Several years later, at the wedding of a dear friend, the late Fr. Thomas Weise said to those in attendance, “When two people marry, we all become a little bit more. When two people divorce – we all become a little bit less.” I’ve pondered those words frequently since I heard them and have wondered how a single marriage or divorce could have such wide-reaching effects when the bride and groom seem to only have eyes for each other.
But it doesn’t take a scholar to recognize the joy and hope in everyone’s hearts at the announcement of an engagement or watching a bride walk down the aisle to her betrothed. At the same time, the news of a separation or divorce is enough to turn stomachs and evoke tears from even unrelated bystanders.

This communal nature of marriage is one of the reasons my husband, Greg, and I recently started up a marriage enrichment ministry for the parishioners of St. Paul’s and the Cathedral, in Juneau. If the outcome of one single marriage can have such a wide-reaching effect on the community, we would do well to support married couples.

The ministry itself would never have come into being if Greg and I hadn’t been facing our own struggles and looking around for help without really knowing where to go or who to ask. After the birth of our third child, we found our relationship struggling under the demands of daily life and postpartum realities. We were having more difficulty loving each other and found ourselves angry more frequently than we had before.
We began to pray and ask a few others we trusted to pray for us, and, slowly, God began to work in our hearts.

Our third-born is now three, and it’s incredible to look back on the somewhat painstaking journey to where we are now in our marriage. We both feel we see things in our relationship much more clearly, and we can look at ourselves and one another with greater humility and more genuine love. The answer, which is so obvious but was still surprising to me, was sacrifice. It was Greg sacrificing for me – and me sacrificing for Greg. Where clinging to independence and self-centered desires caused deterioration of our relationship, healing came from emptying ourselves out of love for the other.

A pivotal moment of awareness came for us when we prayed the Novena for a Happy and Faithful Marriage, which is based on the writings of St. Josemaria Escriva, the founder of Opus Dei. The reflections within the novena broach topics such as chastity, openness to children, suffering, the universal call to holiness and the indissolubility of marriage. These writings made us take a hard look at areas of our marriage that we had been ignoring. A dear friend had suggested that we should ask the Holy Spirit to shine a light on the dark places in our marriage, and the novena ended up being how God answered our prayer.

As we read, prayed and reflected our way towards a more united marriage, Greg and I both felt the tug on our hearts to share what we had experienced. We wanted to share the novena with others and create an opportunity for other couples to look at their marriages and recognize where God possibly wants to bring healing and greater fulfillment. We didn’t intend to start a ‘ministry,’ so to speak, but mostly just wanted to invite people over for a meal and to talk about things that married couples experience. We wanted to invite guest speakers to share with us their own experiences in marriage – their struggles and triumphs and messages of encouragement.

We had no idea if anyone would come, but we have trusted in God that whoever is meant to be there will be there – and every one of the nine marriage enrichment nights we have hosted has been unique and wonderful. We have had smaller groups, huge groups, serious topics and lighter ones. It has been so encouraging to us to find other couples out there who are striving, like we are, to live out the vocation of marriage with intention.

One thing worth mentioning is that there has been a side benefit of our kids loving marriage nights. I don’t know what it is or why they love it so much – whether it’s that the childcare includes running around on the grass in the summer or making crafts and watching movies in the winter – but they are so happy when marriage night rolls around. It brings us joy that our kids are witnessing this attempt of ours to support marriages and families in our community. We want them to know that a good and lasting marriage doesn’t just ‘happen,’ but that you have to fight for it.

And ironically, through making these marriage nights happen, we have found that ‘fighting’ for a good marriage sometimes requires a fair bit of concession. Greg and I have not worked all that well on projects together in the past. Some of the most frustrating times of our marriage have resulted from trying to accomplish tasks together – like making blueberry jam or deciding where to hang pictures. But God has used this marriage night project as another opportunity to stretch us, break us of our hard-headedness (me, mostly), and recognize the gifts and the viewpoints that the other brings to the table.

As I mentioned at the beginning of this article, one marriage can have an astounding impact on the community at large. Each person and each couple is unlike any other in the history of the world. Through the marriage enrichment group, we are hoping that couples will recognize the enormous responsibility they have within their vocation as well as the unique gifts or charisms, the Holy Spirit has endowed within each spouse through baptism. These are gifts that God has lovingly given to be used for His kingdom. And since the second week of February is Marriage Week on the USCCB calendar, I want to encourage anyone reading this to pray that God would reveal these gifts to you and how He wants you and your spouse to use them to be a conduit of His love to the world.

You can learn more about enriching your Catholic marriage on the USCCB website or foryourmarriage.org.

Annie Albrecht and her husband, Greg, organize monthly marriage enrichment gatherings at St. Paul’s in Juneau. For more information on these gatherings, check either the St. Paul’s or Cathedral bulletin or simply text the word MARRIAGE to the number 84576 to receive Flocknote reminders for this group.