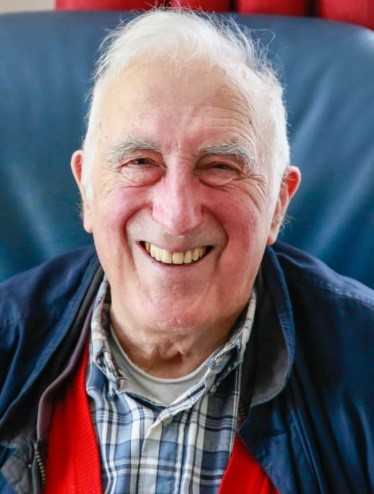 Jean Vanier, the founder of the L’Arche community, died on May 7th. What a blessing he was, not only to men and women living with intellectual and other disabilities and those living in community with them, but to all who seek to know, love and follow Jesus.

The L’Arche community grew out of Vanier’s desire to share life with two developmentally disabled men in Trosley, France in 1964. At the time of his death, there were 147 L’Arche communities in 35 countries around the world. Vanier’s father, Georges, was a career military officer in the Canadian Army, who with his wife Pauline served in his nation’s diplomatic service and later as the Governor General of Canada. In 1940 the young Jean Vanier began a successful career in the Canadian Navy, serving during and after World War II.

Despite the promising military career that lay in front of him, he was more and more drawn into prayer and reflection on what might be God’s call for him and in 1950 left the navy to study philosophy and theology at the Institut Catholique de Paris. He returned to Canada to teach philosophy at the University of Toronto.

In 1964, he visited a small institution for men with developmental disabilities in the village of Trosly outside of Paris where his spiritual director, Fr. Thomas Philippe, a Dominican priest, was the chaplain. There he encountered those living with intellectual and physical disabilities, men whose physical needs were provided for but who experienced the profound pain and suffering of being unloved and unwanted.

His response to what he witnessed led him the decide once more against the security of a career. He resigned his teaching post and settled in Trosly in order to share life with two adult men living with intellectual disability. He bought a small house and named it “L’Arche,” the French word for Noah’s Ark.

Their life together attracted others, and within five years L’Arche communities had been established in Europe, North America, Africa and Asia. On Easter 1971, at the conclusion of a groundbreaking pilgrimage of 12,000 people with developmental disabilities to Lourdes, Vanier and Marie Hélène Mathieu, launched the movement Faith and Light. The movement seeks to unite people with intellectual disabilities and their family members and friends for regular gatherings devoted to friendship, prayer and celebration. Some 1500 Faith and Light are present in 80 countries.

Until his death, Vanier lived in the first L’Arche community in Trosly-Breuil, France.

Learn more about L’Arche at www.larche.org