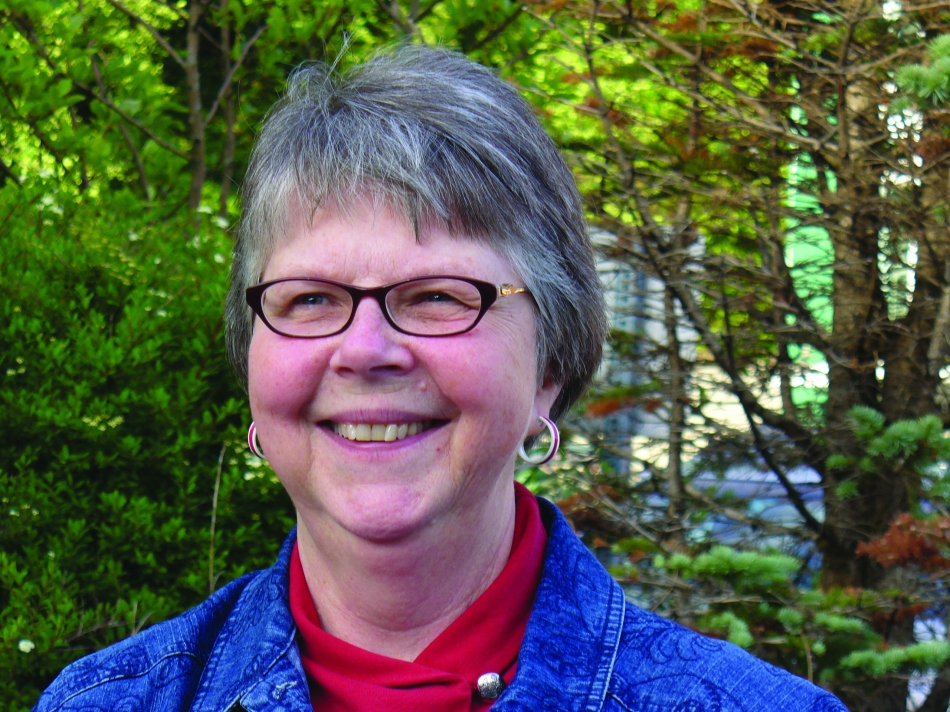 Seven years ago, Sister Delia Sizler, S.C., or Sister Dee as she is known, moved to Juneau to serve the people of Southeast Alaska. She recalled when she asked permission to come to Juneau from Bishop Edward Burns how he was excited to have a Sister of Charity in Juneau, but he didn’t have a job for her in the diocese. That didn’t deter Sister Dee, though. She asked him, “Bishop is there work to do?” Bishop Burns responded that there was plenty of work to do, and from that moment Sister Dee has been working to serve those in need in Juneau.

Now after seven years of ministering to the people of Juneau, Sister Dee will be returning home to Cincinnati, Ohio at the end of September.

Sister Dee had made the decision to come to Juneau in July of 2010, after the passing of her sister, and the urging of the local Sisters of Charity Associates. She said that from the moment she arrived in Juneau she felt welcomed by the community.

“I met the people at the Cathedral and at St. Paul’s and I didn’t have any problems feeling accepted.”

Shortly after arriving in Juneau Sister Dee was hired as a shelter advocate at AWARE, INC. (Aiding Women in Abuse and Rape Emergencies). A month in to the job, she found the position to be difficult, serving women who have suffered abuse, even with her background in counseling. Sister Dee saw this as an opportunity to use her gifts to minister to the AWARE staff, as a debriefer.

After hearing there was a need for counseling from people in the church Sister Dee opened Family Pastoral Service, with an office in the Goldstein building in downtown Juneau. At her practice, Sister Dee offers clients spiritual counseling as an alternative to traditional counseling services.

“I’ve loved being able to do my counseling here because I have been using my spiritual strengths along with my counseling…and I know that has meant a great deal to the people that come here. We can pray together and I’m able to use my professional skills with them.”

When she leaves in September, her practice will close as well and she said “that’s my great sadness” and she hopes that God will send someone to offer a similar ministry.
She continued saying that even though it will be hard for her to leave Juneau, it will make it easier knowing, “that the people here are really good at helping each other and I have tried to nurture people with leadership, skill to trust those skills and initiate things.”

During her seven years here in Juneau, Sister Dee was also involved with Haven House, a new transition home for women out of prison, served as spiritual director on ACTS and teen ACTS retreats and assisted when needed at the two local parishes.

Sister Dee said there will be many things she will miss about living in Southeast Alaska, “I will miss the clouds being born out of the trees, my stellar jays that come to the deck, walking into the Cathedral and being greeted on Sunday morning, the little chapel out at St. Paul’s for daily Mass and that beautiful big icon that inspires me every time I look at it, and I will miss the people a lot, it’s hard to imagine that part” she added, “that every time I think about all of it, it has just been blessing.”

Sister Dee said that she asks herself “what is it God wanted me to know by bringing me to the Southeast Alaska wilderness?” The response she has heard is, “See, I’m always creating; see, all is Good; see, all is One” and added “That deep mystery will probably take me all eternity to absorb. For now, I’m just grateful to be here.”

If you would like to stay in contact with Sister Dee following her departure mail can be sent to 5900 Delhi Road, Mount St. Joseph, OH 45051