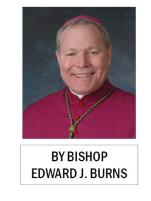 We live in an unpredictable and dangerous world. We have seen this in just the past week in the enormous fire that has been burning in California since Aug. 17. The Rim fire, as its been called, has burned 288 square miles, including 40,000 acres in Yosemite National Park and has destroyed at least 111 homes and other buildings.

In our own state this summer, wildfires have burned 1.25 million acres of interior Alaska. That’s a lot of acreage, but despite the dry, hot conditions in the interior, this has been a comparatively mild fire season. In the summer of 2004, Alaska wildfires consumed some 6.65 million acres. Fortunately in Alaska (unlike California and most of the lower 48), most of the areas threatened by fire are sparsely populated.

For those who fight fires, whether wildfires in the bush or residential fires in our towns and villages, every fire call is a risk for those who respond to them. I am reminded of the tragic deaths two months ago of 19 firefighters who were battling a wildfire in Arizona. When the wind suddenly changed, the firefighters were trapped. They were not able to survive the heat and the smoke of the blaze. Their deaths were a terrible loss for their families, fellow firefighters and communities. It was the worst single loss of life by firefighters since the September 11th attacks in 2001.

Remembering the loss of those 19 firefighters in June as well as that of the hundreds of police, and firefighters who died responding to the attack of September 11th, is a reminder of their commitment to serve and how they put their lives on the line each time they respond to a call for help.

Today I will be presiding at what is called a “Blue Mass” at St. Paul the Apostle Catholic Church here in Juneau. At this Mass we gather to honor and to pray for the brave men and women who serve us as police officers, firefighters, emergency medical technicians and in the armed forces. In addition to praying for them, we strive to offer support for their families, too. Many come in uniform and park their emergency vehicles out in front of the church. At the end of Mass we gather to bless the fire trucks and police cars (and last year, a Coast Guard Zodiac on its trailer).

Of particular interest to us in this area are the good men and women of the U.S. Coast Guard who engage in search and rescue here in Southeast and around Alaska. They are often in our thoughts and prayers, especially when we hear of the risks that they take in saving others in trouble. They engage in hazardous work as they respond to distress calls in every kind of weather condition and time of day or night, whether by air or by water. Rescuers, as well as the sailors and air crew who get them there, are often the difference between life and death for those who are in danger on the water.

It is fitting that we are celebrating the Blue Mass this Labor Day weekend. Many workers in Alaska: aviators, fishermen, miners and loggers experience danger as a risk in the work they do. For police, firefighters and members of our armed forces, danger is not only a risk of the work they do, it is part of the job description itself. Responding to a call for help, they routinely go into the hazard when others are seeking to escape it. It is my hope that they know the appreciation of a grateful community for their dedication to public service, even at the risk of their own lives and safety. At the same time, let us continue to honor all those who have sacrificed their lives in the line of duty.

May God bless all of our workers as we celebrate Labor Day. May God bless and protect all of our firefighters, emergency medical technicians, police and service members and their families as they serve us and the common good of our society.