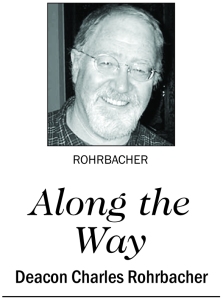 35 years ago when I lived in San Francisco Chinatown the parish I attended was mostly made up of women who worked at garment factories and their families. They did piecework and worked long hours behind locked doors and barred windows. Many women took their preschool age children with them to work because they couldn’t afford any other care for them.

I remember a weekday evening mass, I think it was All Souls Day, that was packed with garment factory workers who had come straight from work to church. During the homily, the pastor, Father Donald McDonnell, noticed that some of the workers had fallen asleep. He also noticed that their friends or family members were trying to wake them up, embarrassed that they’d fallen asleep while the priest was speaking.

Father McDonnell stopped preaching, came away from the lectern and walked over to where the assembly was sitting. I remember him saying in a very quiet voice, not to wake those who were sleeping, to let them rest. Then he spoke about how Jesus, Mary and Joseph, although not working in a factory, were also workers and how exhausted they must have been at the end of a day that began at sun-up and didn’t end until late at night. He talked about how Jesus, who was himself a worker, understood them and their lives and he reminded them of Jesus’ and the Church’s love for each of them and their families.

I thought about those garment factory workers this last week upon hearing the news of the collapse of the Rana Plaza, an enormous multi-story garment factory complex in Dhaka, Bangladesh. Over the past 30 years the factories in San Francisco where those immigrant neighbors of mine worked long hours behind the sewing machine assembling garments, have been moved overseas to countries like El Salvador, Honduras, Cambodia, and Bangladesh.

As I write, 420 workers, mostly women, are confirmed dead in the collapse and another 1000 are missing and yet to be accounted for. Hundreds have been injured. Survivors have testified that even though the day before the collapse they reported to the company and safety inspectors that they feared for their safety because of cracks in the walls, they were ordered to either report for work or risk losing their pay for the month of April. Some say they were driven into the building by truncheon wielding guards working for the factory owners.

Like sweatshop workers 100 years ago in our country, garment factory workers work long hours in unsafe conditions for inadequate wages. Union organizers report that the workers who died at the Rana Plaza factories were only being paid 14 to 26 cents an hour. Even working 13-14 hours a day, 6 or 7 days a week, that is not a living wage, even in a desperately poor country like Bangladesh.

This race to the bottom pits some of the poorest people in the world against the power of giant multi-national corporations and the thousands of smaller, local factories that make up the supply chain for garments or shoes or consumer electronics marketed in the United States and elsewhere.

Our Church’s social teaching upholds the right of workers to earn a living wage, to decent and safe working conditions and to organize in unions to protect their rights and advance their economic interests. The challenge is finding effective ways to support changes that benefit workers that don’t undermine their livelihoods.

This means engaging the political, social and economic realities of developing societies. In most poor nations, even the poor wages paid in garment factories are an improvement over life in the countryside. Impoverished peasants in countries like Bangladesh migrate to the cities to find better paying factory work to support their families. But like anyone else, they don’t want to work under conditions that endanger their health or safety. And they know that the best way to improve their pay, hours, treatment and working conditions is by belonging to a labor union. This often puts them in direct conflict with industrialists and government officials whose export manufacturing model (and profits) rely on the cheap labor of a readily available and non-union workforce. 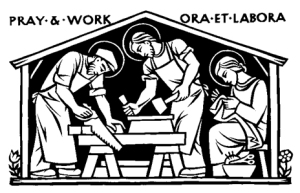 After China, Bangladesh is the number two garment manufacturer and exporter worldwide. A lot of what we wear comes from factories where the workers, mostly women, make $37 a month (up from $21 a month because of nationwide protests organized by trade unions there.)

We can support Bangladesh workers, not by boycotting the clothing they make – that just puts them out of a job – but by demanding that our government require a link between better and safer factory conditions, a living wage and the right to create and belong to trade unions with access to American and European markets. Such linkages can be quite effective (as was demonstrated in Cambodia in the 1990’s) and they uphold the dignity and rights of workers while promoting the common good.

Mary’s month of May is a good opportunity for us all to pray for the millions of young women in the developing world who work long hours in unsafe and inhumane working conditions for less than a living wage and and to advocate for their right to a better and happier life.

Deacon Charles Rohrbacher is the Office of Ministries Director for the Diocese of Juneau. Phone: 907-586-2227 ext. 23
Email: charlesr@gci.net